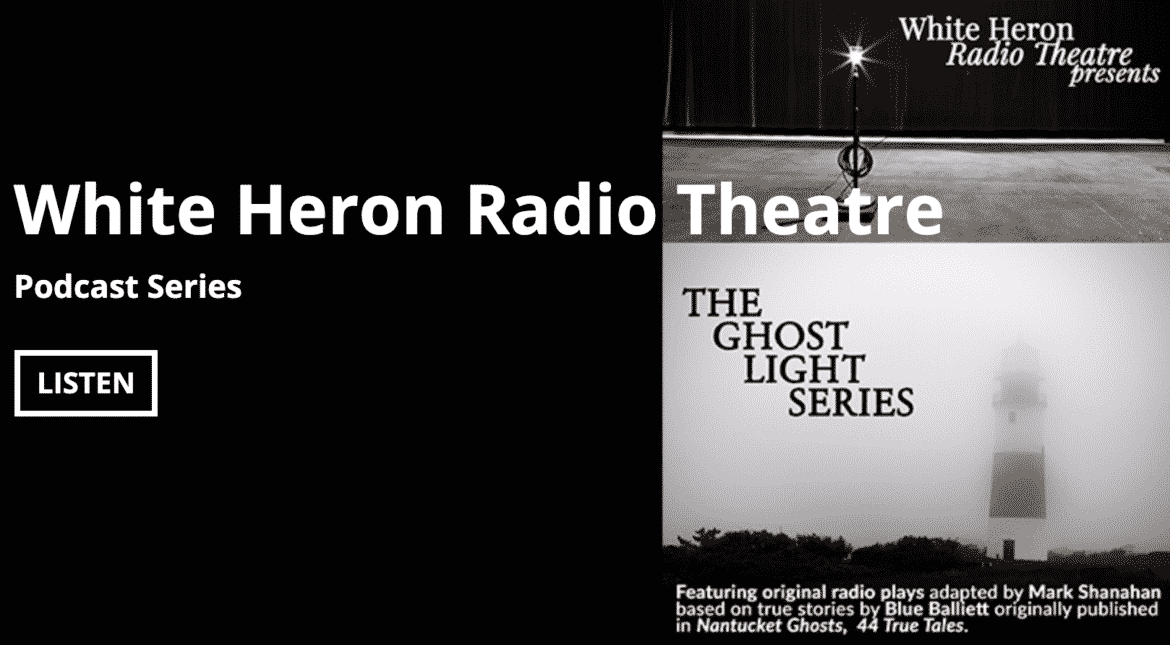 Nantucket is a land shrouded in much more than just fog.  For hundreds of years, various peoples have populated this tiny isle, and each of them brought with them their own set of stories, folklore, and fears. The past has a way of hanging on thirty miles out to sea, and there is an agreed-upon mystery about this place. Something unseen and unspoken, but also undeniable.

In theater, there are also many long-standing traditions and superstitions, one of which is known as The Ghost Light. Whenever the stage goes dark between performances, the cast and crew always like to leave a single light burning in the house until the curtains rise once again and she show goes on. And until we can all meet again at The White Heron Theater, the ensemble is excited to introduce The Ghost Light Series.

This first release in the ongoing White Heron Radio Theater is adapted and directed by Mark Shanahan and adapted from Blue Baillet’s Nantucket Ghosts, 44 True Accounts. Every episode is performed by White Heron’s award-winning actors, with original music, sound design, and audio production by John Gromada.

Six episodes are available now for you to enjoy and escape the day, if only for a short while. Baillet’s stories come to life with her written stories being told by reporters, residents, and visitors to Nantucket, as if they are first hand recounts of reality. Radio broadcasts include conversations with the author and even some of her own experiences with the unexplainable.

The Ghost Light is so much more than just a podcast. The quality of the storytelling and narrative, acting and effects are in a class by themselves, rivaling some of the best stage performances we’ve seen all in the palm of your hand. From hauntings, horrors, and helpful spirits to possessions, premonitions, and turning tables, these true stories of Nantucket’s not-so-distant past are as captivating as they are immersive and will surely bring a chill to cut through the summer heat.

To listen, visit the White Heron Theatre website or find it on Apple Podcasts, Spotify, or wherever you get your podcasts.

Swim Across America: Nantucket Expands to Include Biking, Running, and Walking