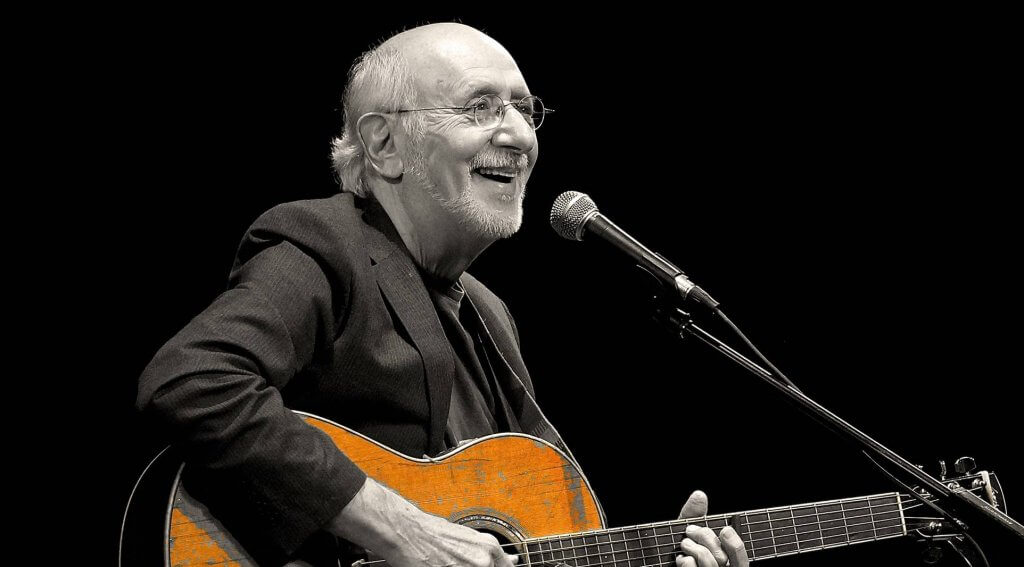 Many of us were raised on the many tunes of Peter, Paul, and Mary:  Hush-a-Bye, Puff the Magic Dragon, Blowin’ in the Wind, Where Have All the Flowers Gone, and later in the 1960s The Great Mandella, The Marvelous Toy, When the Ship Comes In, Day Is Done, and Leaving on a Jet Plane. This Sunday, September 9, the Nantucket Historical Association is giving us an opportunity to relive our youth when they host Peter Yarrow in a concert in the Nantucket Whaling Museum, 13 Broad Street.

One-third of the folk trio Peter, Paul and Mary formed in 1961, Yarrow co-wrote and sang many hits. He is now a social and political activist. Yarrow is on the board of Operation Respect, who states “Just as Peter Paul & Mary used their music as a platform for advocacy, Peter has harnessed music to unite hearts in common purpose, knowing that when music brings people together, it has a unique ability to catalyze and hasten positive change.”

In case you need a reminder of Peter Yarrow’s artistry, here are a few samples:

The Team that Keeps Nantucket Clean