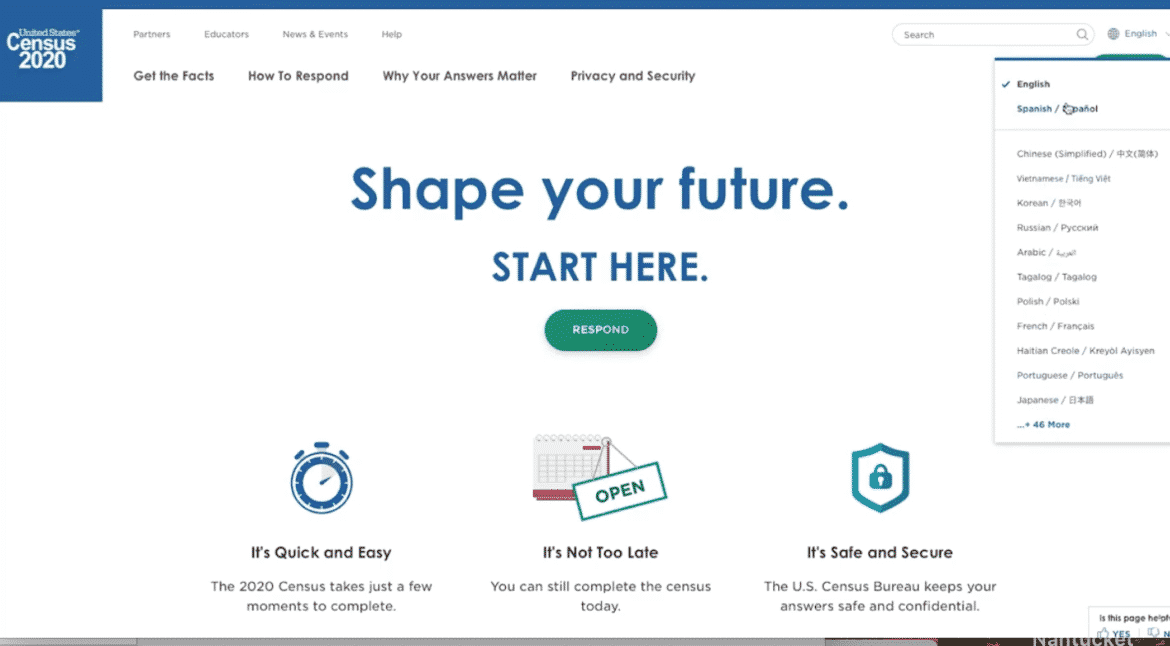 On Nantucket whose voice gets heard? What would an accurate portrait of the island’s population tell us about ourselves? These are core questions of the U.S. Census, the constitutionally-mandated federal population count currently underway.

The island’s people have always been a little hard to reach during a U.S. Census canvas, in part because of our seasonal ebb and flow and in part because of our affordable housing challenges. And, nationwide, certain communities – LGBTQ, people of color, immigrants, the homeless – have eluded the census and historically been undercounted.  We need a clear picture of every person who lives on Nantucket. Unlike the annual town census, the federal count, conducted every ten years, is tied to funding that impacts the cornerstones of our lives: schools, the hospital, first responders, housing assistance. In addition, federal funding for Medicare and Medicaid, small business loans, Meals On Wheels, and children’s insurance are all based on census figures. In Massachusetts, money based on the census numbers amounts to $2,400 per person added into the economy each year.

An undercounted island could also undermine the commonwealth’s influence in Washington.  The 2010 census listed Nantucket’s year-round population at 10,172 year-round residents with 4,229 households. How many more people live on Nantucket now?  No state has a permanent claim to their congressional seats in the House of Representatives. Census counts will determine how the 435 seats are split and, according to political watchers, the 2020 Census will shift seats away from some Northeast states and give them to Texas, Florida, Colorado, and Oregon. Census numbers are also used to draw congressional, state, and local voting district boundaries and the number of Electoral College votes allotted to each state.

Finally, without solid data about our neighbors, some of them would stay in the margins. The island and the country are more diverse than ever. In order to accommodate everyone, we need to understand who lives here and where they are located. The census is key to our democracy. The United States has counted its population every ten years since 1790 and was the first country in the world to use the data to distribute political representation.

It’s a point of pride that islanders show up to help friends and families in need. Sometimes it’s the necessity of living in an isolated place, but often Nantucketers’ generosity reflects how much islanders care about the island. Perhaps completing the census feels tedious, another task in an already busy day. Or, maybe the benefits seem subtle and intangible. Be assured taking 10 minutes to answer 10 basic census questions every 10 years will make the census a powerful tool for helping Nantucket.

The deadline for completing the census is September 30 and the COVID pandemic has made our hard-to-count island even more of a challenge. Nantucketers can answer the questions online (2020census.gov/). Every Nantucket address received a Census form with an ID number to use online. However, residents can complete the web-based questionnaire by using their physical street address instead.

You can answer the questions over the telephone (844-330-2020) and by mail.  Additionally, census takers are now going to-door-door until September to help people complete the form and are committed to keeping everyone safe by observing COVID protocols.

The census accounts for everyone regardless of their age, citizenship status, or whether they rent, own a home, or are living somewhere temporarily.

What are the 10 questions on the form? Residents of all dwellings will be asked how many people live at the address and is the residence owned or rented. They will also be asked for their name, telephone number, age, gender, and ethnicity. For homes with multiple residents, the census asks how the people are linked to each other (i.e.; marriage, roommate). No one will be asked their immigration status or nationality, and all data is confidential.

The Census Bureau is required by law to protect your information. It is legally allowed to publish statistical data based on your answers, but it is prohibited from sharing any personal information in a publication or with any other federal agency. Per the Federal Cybersecurity Enhancement Act of 2015, your information is protected from cybersecurity risks through screening systems and encryption. Only authorized individuals have access to the stored data and your answers cannot be used against you by any federal, state, or local government agency or court.

Complete the census today and help set Nantucket up to receive optimum federal funding and government representation in the next 10 years.

For more information or to complete the census please visit 2020census.gov.