Have You Seen the Whales on Nantucket? 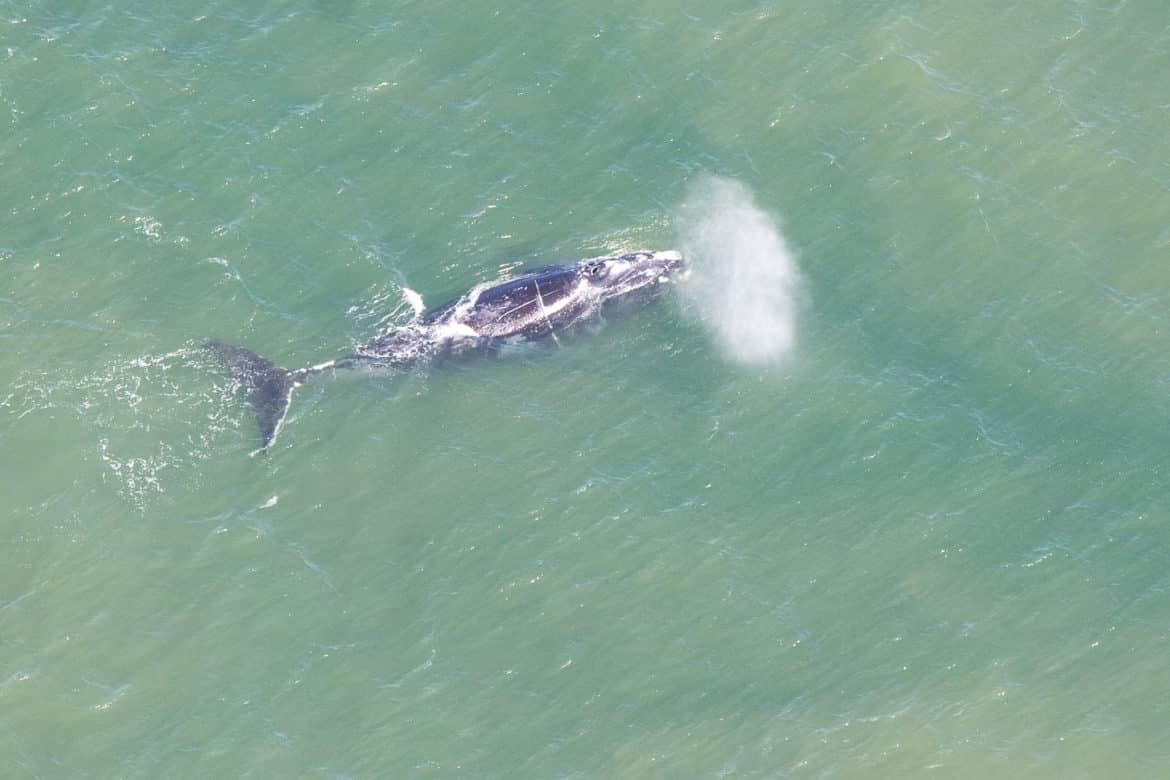 It’s not surprising to hear people talking about whales as you walk along the streets of Nantucket. Between the museums, the historic homes, and cobblestones, whales are front and center. The latest discussion however is in the present, not the past. “Have you seen the whales?” has become a common question around the soda fountain lately. The past few weeks on Nantucket, our old obsession with whales has sprung back. What had been a rare sighting has become a regular, almost reliable, sight to behold. 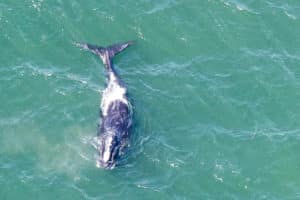 Before it became an industry, whales were first hunted from shore on Nantucket. When whales were spotted off-shore, small boats were launched into the surf to hunt the whales for oil and food. Today, whales seen from the shore of Nantucket are an uncommon, but not unheard of sight, more typical from the Siasconset bluff in winter and the occasion south shore blow. Nowadays, when we do see whales, instead of calling an alarm, we post photos on Instagram, share them on Facebook, and email our grandmothers.

This year has been anything but typical for whale sightings. Starting at the end of June, the south shore of Nantucket became a feeding ground for a mixed-species whale pod. Sometimes coming in as close as 30 feet from shore, these whales have been spotted every day by on-shore onlookers. The whales that have been seen include humpback whales and the critically endangered North Atlantic Right whales.

A joy to behold from shore, Humpback whales are more common than their endangered counterpart. As many as 12 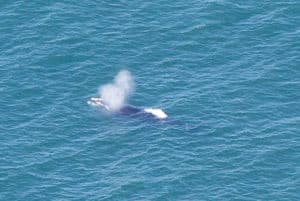 have been seen recently with some jumping and breaching putting on a show and seemingly having a good time. Both species are baleen whales gulping water and filtering out tiny copepods and small fish for food. Scientists assume that food is the main reason for them congregating along Nantucket’s south shore right now.

North Atlantic Right whales are one of the most endangered creatures with only an estimated between 450 and 500 individuals left in the world. Their name was coined as they were the “right” whale to hunt. They were often seen from shore and floated after they were killed. There have been at least seven individuals (maybe more) seen off the island’s south shore this month. It is unusual for them to cluster close to shore this time of year. Right whales have rotund bodies with arching rostrums, V-shaped blowholes and dark gray or black skin. They are larger than the other whales you are likely to see here (humpbacks and pilot whales, mainly). Their endangerment is one of the main reasons for the US Coast Guard presence and the attention these sightings have been getting. While protected federally, the two leading causes of death are still human-induced: being struck by ships and from entanglement in fishing gear.

Researchers and conservationists have noted that 2017 has been the deadliest year for right whales with seven deaths in the past two weeks. Only five were born this year (that we know of), so it is a year of decline for these majestic creatures. This rarity coupled with th 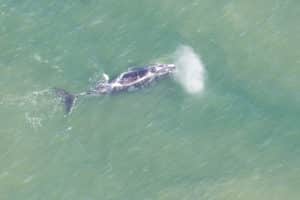 e close proximity of the animals to shore is bringing flocks of people to Nantucket’s south shore beaches to glimpse the whales.

The whales have primarily been seen from Stone’s Beach (off of Nonantum Ave.), Nobadeer, Fisherman’s Beach, and east to Tom Nevers. For daily information on the best viewing spot, check out the local Facebook page which has sprouted up to keep track of whale sightings (facebook.com/groups/321781774939112). You have to ask to join the group, but then you’ll be able to keep abreast of where, when, and how many were most recently seen. It also serves as a whale “babysitting” schedule where people can volunteer to keep an eye out on the whales from shore. This helps the coast guard and ensures that no boats get too close to these endangered animals.

Before you set out, remember to bring water and sunscreen for yourself. Definitely binoculars, if you have them. The whales are not always as close to the shore as some of the photos seem to indicate.

If you are in a boat, keep in mind the rules and regulations regarding endangered species. State and federal laws 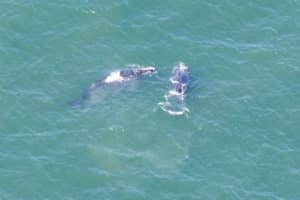 prevent vessels from approaching within 500 yards (1500 feet) of the whales. Violations could lead to criminal charges and up to $100,000 in fines. The National Oceanic and Atmospheric Administration’s fisheries division has established a zone of voluntary speed restrictions 2 nautical miles south of Nantucket to protect the whales that have been seen south of the island. Mariners in vessels 65 feet or longer are asked to avoid the area or reduce speeds to 10 knots or less. Volunteers have been patrolling the beaches and alerting the USCG of any violators. There is plenty to see without further endangering these creatures. Mariners are asked to report all right-whale sightings and any whales in distress to NOAA Fisheries Greater Atlantic Marine Animal Reporting Hotline 866-755-6622 or to the Coast Guard on Channel 16.

A Challenge to Our Nantucket Limerick Challenge