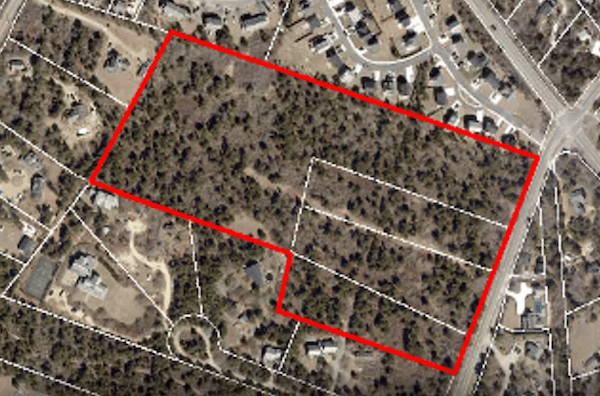 When a reporter for The Daily Beast reached out recently to Nantucket Tipping Point for comment on an article she was writing about Surfside Crossing (a widely opposed development proposed for mid-island), board member Meghan Perry responded in writing with a 1,700-word email to make sure the all the facts were provided.  In this blog post below, we are sharing Perry’s email so that details on why so many Nantucket residents are against this project can be explained.

Nantucket being an island with finite resources and being 30 miles out to sea does not have the capacity to safely support a project of this size and density.

Here are some of the reasons why…

High density developments such as Surfside Crossing are a known risk. The developer is aware of the risks and has ignored the risks as they have been pointed out by many local Boards, Committees, Commissions, non-profit organizations and the public. The developers have appealed to the State Housing Appeals Committee with an even more egregious plan then any local board or anyone on island for that matter has ever seen under the guise that the regional need for affordable housing outweighs the local concerns-locals concerns and public safety is not something to be weighed against regional needs for housing. They are not equal. Safety of the community should be absolute. Not resolving these risks for the sake of economics and profit in the name of affordable housing is reckless to public health, safety and welfare.

Fire risks: Per the Fire Chief, “This development places an overwhelming responsibility on the Fire Department if an emergency were to arise. The potential load of one empty apartment building would require 5,200 gallons of water per minute to extinguish, an impossible mark to meet for the Department.”  Based on the plans provided in the comprehensive permit. That’s 312,000 gallons of water per hour.

Upon appeal to the HAC the Fire Chief’s pre-filed testimony stated, “It is the position of the Fire Department that the proposed design and size of the building in relation to the size of the lot and the location of the site provide inadequate fire access, creating a serious public safety concern.” Yet the developer chose to ignore the issues and proceed.

The Veranda House fire (summer of 2022) used just over 800,000 gallons of water for one building in over 12 hours and ended in a complete loss of the building. One apartment building at SSX burning for 12 hours will require 3,744,000 gallons of water if it burns as long as the Veranda House. Each water tower on-island holds 2,000,000 gallons of water, for a total of 4,000,000 gallons of water in tanks to provide for the entire island if they are full and usable and only if the island’s infrastructure can get the water to site. Nantucket’s first responders (medical as well) need not be placed in higher risk situations by choice. Attempting to solve one problem (housing) while creating an even greater problem (high density buildings and developments) is not the answer. Increased risk for the sake of profit should never be the answer.

A little background for you: The Veranda House (a building similar in size to one of the proposed 19 buildings at Surfside Crossing) fire that I mentioned occurred on July 9, 2022, and it has been determined it was started by something so simple as improper disposal of a smoking item. That particular fire used just over 800,000 gallons of water (per our water company’s calculations) to extinguish in a little less than 12 hours ending in a complete loss of the building and two neighboring houses.

Twenty-three members of the Nantucket Fire Department were called upon and were on-scene that day. That is our entire department, and four retired fire fighters joined the efforts. That is 27 fire fighters who also act as EMTs for the island. First on-scene was an off-duty firefighter who happened to be downtown getting coffee with his family and saw the flames. Knowing the danger to the public that was in front of him, he ran right into the burning building to try to save lives, and he did. He acted selflessly to save others in an impossible situation. As a community, we need to help those who help save us, especially when the risks are identified and known. These are our friends, our neighbor, our sons, daughters, our children’s teachers etc. that these developers are willing to put at risk for profit.

Had this fire been off-island, many more fire fighters plus EMT’s would have assisted in extinguishing this disaster through mutual aid. Another town off-island in MA had a house fire similar in size to the Veranda House fire the same week and had roughly 150 fire fighters to help extinguish it. To say our local first responders were outmatched is an understatement. Miraculously these selfless individuals literally saved the town from burning down. Fortunately, no deaths occurred but health-related issues continue to affect first responders.

If nothing else, we need to learn from this and make impactful change so that known risks are not a part of the equation. Fortunately, there were no other simultaneous emergencies. Mutual aid was called in to the Cape and 16-20 firefighters came over to assist, arriving 5 hours into the fire. They had to take the one-hour ferry over and walk to the fire. There was no additional firefighting apparatus brought to the island. Fortunately, it was not windy, and the boats were running! Also, very fortunate for everyone, it was not the middle of the night and at times when the boats were not running.

Learning and moving forward, it makes sense that the Fire Department’s input should be considered and adhered to in every large-scale and high-density 40B development, similar to how other state level regulations are adhered to, before a 40B development can move forward. The developers and Department of Housing and Community Development and the Housing Appeals Committee are not fire experts, and, by not taking the local Fire Chief’s recommendation, they are knowingly putting housing before the public’s health, safety, and welfare and putting the first responders who protect the community at risk.

Is there a lack of “affordable housing” on island? Yes. Is this a new problem? No. Will Surfside Crossing solve that problem? No.

The tragic irony with both Surfside Crossing and MGL 40B law is those in the community who need housing for which the developer touts the “affordable housing” units are for–our teachers, firefighters, doctors, police and others in the workforce–do not qualify for “affordable housing.” Only a small percentage, 25%, is required by law to be “affordable” and the developer has stated, when asked at public meetings, that they will not do more.

The proposed high-density, 156 all condominium units on 13 acres of undeveloped land that developers Jamie Feeley and Josh Posner are trying to push forward despite not a single local board seeing or agreeing with the proposal, will be subsidized by the community for the developers’ profit. Of the 156 units, only 39 will be “affordable” as they are required to be by the state, and the developers have stated that is all they will build for “affordable units”. That means 117 units will be sold at full price market rate. Will they be investment properties? Short term rentals? The burden to line the developer’s pockets will fall directly on the community’s shoulders. The costs to handle the burden of Surfside Crossing will be absorbed by the community not the developers.

From the Surfside Crossing Comprehensive Permit-HAC modification submittal, the developer is seeking waivers from the Town of Nantucket local bylaws, rules and regulations, and every fee the general public is required to pay associated with the above mentioned. In some instances, the development is creating a need for upgrades.

Sewer: Developers request Sewer Connection Fees and Capacity fees be waived.  One permit application fee is $4,000 per unit plus a Sewer capacity fee at a minimum starting point of $6,705.66 for a three bedroom. That is $10,705.66 just for sewer fees for the general public. The developers are asking to have their fees waived to the tune of bare minimum rough figure of $1,670,082.96 or more.

Water: Developers requests connection fees be waived. Connection fee is $5,000 per connection. That’s $780,000 that the developers want the Nantucket public to pay for.

Requested Water and Sewer waived fees minimum cost to the Nantucket community is $2,450,082.96.

Electric cable: Third cable is estimated to cost $150-175 million to the local ratepayers.

Habitat loss: The entire property contains Priority Habitats of Rare Species, and the project will disturb the entire acreage. The endangered Northern Long-Eared Bat is an example of a species known to live in the abutting properties: one could presume bats and other wildlife don’t know property lines/boundaries and would thus be present on the development property.

Affordable Housing is a national issue, not singularly to Nantucket. Just as local bylaws such as traffic patterns and regulations, safe drinking water for all, historic preservation, environmental concerns should all be considered. Ignoring local regulations diminishes the health, safety, welfare, and the environment for residents.

The best possible outcome for the island would be if this triggers legislative review of MGL 40B regulations to best fit the community in which it is being proposed, long before it gets to the point Surfside Crossing and Nantucket are currently involved.

Nantucket Tipping Point was initially formed by a group of concerned residents to educate for responsible development to protect the long-term sustainability of Nantucket’s finite resources, infrastructure, natural environment, and National Historic Landmark Designation by educating and encouraging Nantucket’s residents, visitors, town officials, and leadership to do the same.

Winter Fun for the Nantucket Community at Shipwreck and Lifesaving Museum