“We Are Nantucket” Returns to the Dreamland Main Stage 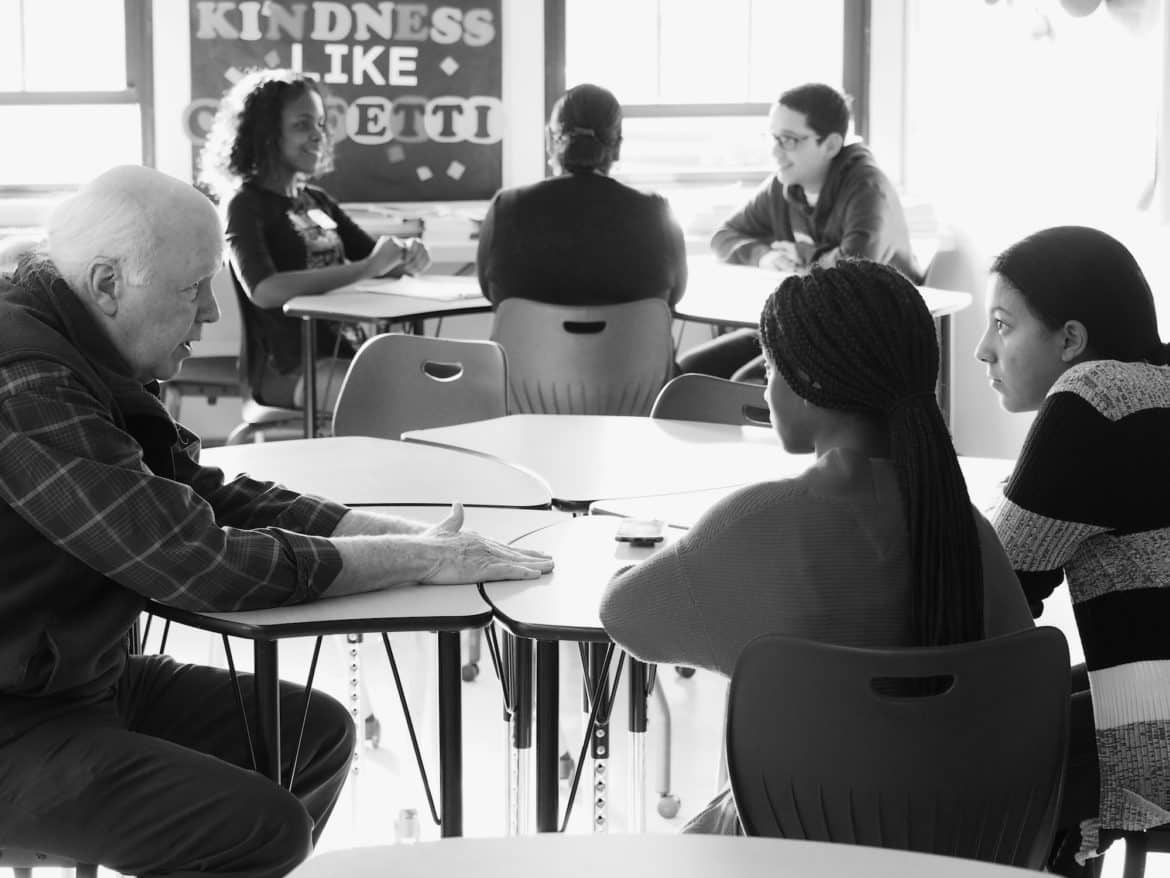 The island’s past and present meet its future when “We Are Nantucket,” a community engagement program aimed at handing down and continuing the oral histories of Nantucket and its population, will once again be presented as a filmed series of interviews at The Dreamland between Cyrus Peirce Middle School students and prominent, local residents.

Based on a book by long-time Nantucket resident and historian Nancy Newhouse, and conceived for the big screen by another life-long islander, Annie Bissinger, The Dreamland is also collaborating with NCTV Channel 18, the Nantucket Public Schools, and Adrienne Lombardi’s Cyrus Peirce Middle School seventh grade English Language Arts class. 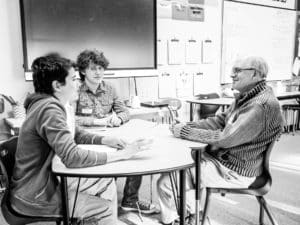 Sharing stories of the island as well as their own personal anecdotes from over the years, this series of conversations and filmed interviews will be produced for the screen by the staff at NCTV working with the students journalists to “detail the oral histories of the island as told by a cross-section of its older residents to a younger generation of seventh graders. These interviews provide us with an invaluable account of the life, character and legacy of Nantucket,” said Bissinger, who also serves on The Dreamland’s board of directors.

Planned to become a twice-annual event, the June 14 screening of the latest series of interviews will be offered to the community at 5pm for an at the door suggested donation of $10 for adults; $5 for children. Free RSVP tickets are currently available at The Dreamland Box Office.

“We are so thankful to Annie, Nancy, our own Laura Gallagher Byrne, and everyone else involved with this very

important program at The Dreamland, said Executive Director Joe Hale. “Their commitment, as well as that of the interviewees, to the health of the Nantucket community is inspiring to say the least, and a great example to the younger generations.”Expected to sell out once again, those interested in attending should reserve their tickets immediately. “Please come and take a glimpse into the life of Nantucket as told by its residents,” added Bissinger. “We guarantee a unique and entertaining understanding of the island through their stories.”

The premiere screening at The Dreamland will be followed up by a yet-to-be-announced television debut on NCTV Channel 18.

A registered 501(c)(3) nonprofit organization, the Dreamland builds community on Nantucket year-round by bringing people together to share experiences through art, culture, film, and learning. For more information about becoming a member of the Dreamland, or to learn more, visit Nantucketdreamland.org

Savor the Beauty and the Balance of Proprietors on Nantucket