Getting Around Year-Round on Nantucket with the NRTA Busses 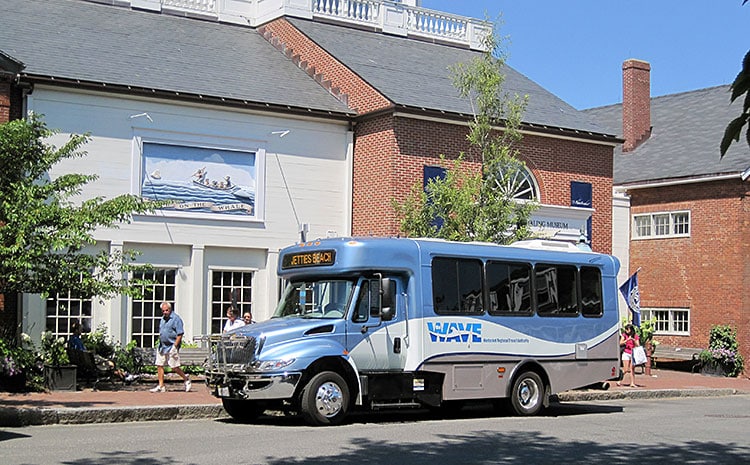 Rebranded in 2010 as The WAVE, the bus service has undergone a number of changes and improvements throughout its 22 years of operation. However, perhaps the most significant change is planned for 2018. Historically The WAVE has been a seasonal service, operating from May to mid-October but a study completed in 2016 by the AECOM consulting group, looked at the feasibility of extending the bus service year-round. After much review and consideration, the NRTA Advisory Board and Board of Selectmen recently voted to approve transitioning the service from seasonal to year-round and plans are now underway to make that happen.

According to Transit Administrator Paula Leary, “We are very excited about moving into this new phase of service to the island.” She continued, “There is tremendous support throughout the community and we are currently well into planning routes and schedules that will continue year-round.”

WAVE ridership has increased 11% since the rebranding in 2010 and continues to provide a reliable and efficient service for Nantucket’s diverse population. NRTA Chair, Dawn Hill Holdgate is optimistic that expanding the availability of bus service will be a very positive benefit for the island. “2018 will be another historic year for transportation on Nantucket. We are looking forward to making sure that getting around the island will soon be much easier for year-round residents and workers.”

The WAVE will resume service in time for Daffodil Weekend and more details about the upcoming changes will be available over the next several weeks.

Nantucket’s Got Talent Variety Show at The Dreamland in March

Keep Heat From Escaping Your Nantucket Home This Winter