Diane Rehm, the recently retired host of NPR’s The Diane Rehm Show, will make a featured appearance at the 2017 Nantucket Book Festival to discuss her memoir On My Own. Beginning her career in 1973 as a volunteer with WAMU, the petite woman with the fragile voice went on to become a Peabody Award-winning powerhouse of radio, drawing nearly 3 million listeners every week. 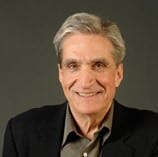 From 1997 to 2000, Robert Pinsky served as the United States Poet Laureate and Consultant in Poetry to the Library of Congress. During that time, he founded the Favorite Poem Project, a program dedicated to celebrating, documenting and encouraging poetry’s role in Americans’ lives. Pinsky is also the only member of the American Academy of Arts and Letters to have appeared on “The Simpsons” and “The Colbert Report.”

James Gleick’s international bestsellers have chronicled the cultural impact of modern technology. Recognized for his writing about complex subjects through the techniques of narrative nonfiction, he has been called “one of the great science writers of all time”.

Several authors scheduled to appear at the Festival have been finalists for the National Book Award or the Pulitzer Prize, including Laurie Halse Anderson (Speak), Marie Arana (American Chica), James Gleick (Chaos), and Kevin Young (Jelly Roll: A Blues).

Book lovers attending the 6th annual Nantucket Book Festival can enjoy author presentations throughout the day Friday and Saturday, including an Opening Night Celebration at the historic Unitarian Universalist Meeting House. Most events are free and open to the public. Ticketed events include breakfasts and lunches with select authors; Sunday’s breakfast at the host hotel White Elephant, and the popular “Book to Film” closing event Sunday night at the NHA’s Whaling Museum. 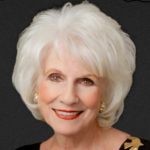 The Festival is also pleased to offer children’s programming, from story times for toddlers in the Atheneum garden to presentations for students of all ages by notable authors, which this year will include Laurie Halse Anderson, Lynda Mullaly Hunt, Bill Konigsberg, and Peter Sis.

A list of authors currently scheduled to appear at the 2017 Nantucket Book Festival is available at www.nantucketbookfestival.org; the Festival expects a full slate of 25-30 presenting authors to be scheduled by this spring. The Festival also features book signings by approximately 50 local and regional authors.

The Nantucket Book Festival operates under the Nantucket Book Foundation, a 501(c)(3) non-profit organization founded to celebrate and promote the joys and rewards of reading, writing, and literacy. The organization seeks to present an annual quality program that honors national, regional and local authors and the rich culture of the written word, ideas, and the imagination.

The Nantucket Book Foundation also administers an education program in the Nantucket schools which includes the PEN/Faulkner Writers in Schools program, the Nantucket Book Festival Young Writers Award, and the Visiting Authors program. These programs encourage our students to find a platform of words and a love of reading to understand that while they may live on an island, there is no limit to their imagination.

What to Do on Nantucket for Valentine’s Day