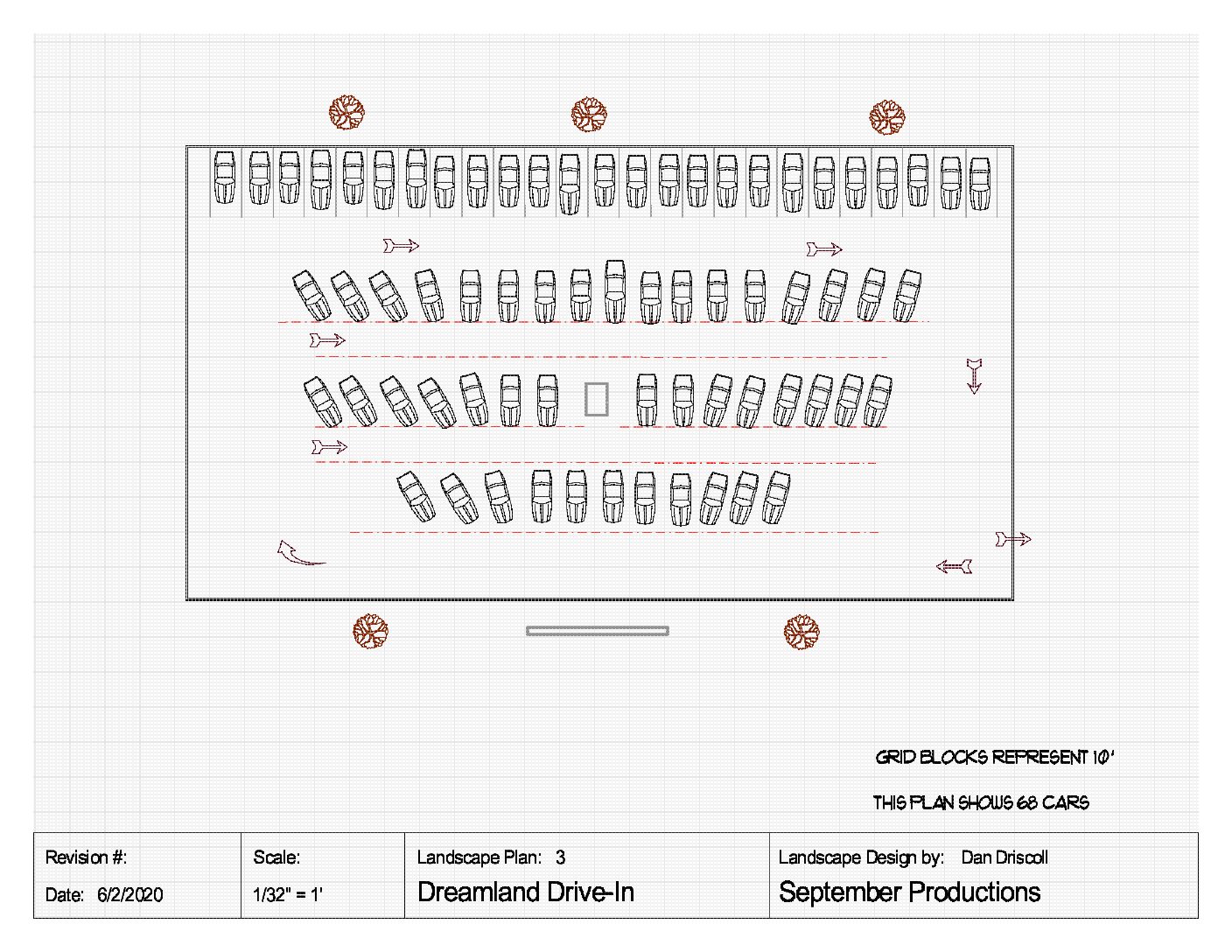 After a successful fundraising campaign to build a community drive-in movie theater on Nantucket, The Dreamland has begun construction on a 21.5 x 40 foot screen at the 7 Nobadeer Farm Road athletic fields parking lot.

“We couldn’t be more grateful to our partners at the Town of Nantucket, the Nantucket Land Bank and the Nantucket Community School for supporting this effort,” said Joe Hale, executive director of The Dreamland. “After receiving all the necessary permitting and permissions we have broken ground to build the screen and fully expect to be operational and welcoming our Nantucket neighbors by the end of the month.”

The online Go Fund Me campaign exceeded its goal of $139,000 in the first five days and has since seen an additional $40,000 in donations. All funds will be used to build and launch the drive-in, which is expected to open with a series of soft openings at the end of June followed by a grand opening evening on a date to be announced. The Dreamland expects to open the drive-in theater with several screenings of the classic Stephen Spielberg film “JAWS”, which was the first premiere at the new Dreamland, when it reopened in 2012.

A significant portion of the funds raised (approximately $70,000) has gone toward the purchase of a Christie CP2220 DCP capable projector, which will allow The Dreamland a great deal of flexibility in the titles it shows at the Nobadeer Farm site, which are expected to include all major studio film releases including Christopher Nolan’s “TENET”, which its distributor (Warner Brothers) recently confirmed a Friday, July 17th premiere in the United States. Though many of the tentpole films scheduled for the summer have been moved to the holiday season and beyond, some studios have decided to release major titles to those theaters that are open, as well as drive-in theaters that are popping up across the nation. Other such titles are expected to include Disney’s live-action production of “MULAN” on July 24th and “BILL & TED FACE THE MUSIC” on August 21st. To supplement first-run film programming, The Dreamland’s staff is currently designing summer-long repertoire films to be played at the drive-in, and will likely program weekly series such as: Date Night (“DIRTY DANCING”, “WHEN HARRY MET SALLY”), Family Night (“CARS”, “THE SANDLOT”, “THE GOONIES”), Comedy Night (“CADDYSHACK”, “ONE CRAZY SUMMER”), Classics Night (“E.T.”, “STAND BY ME”, “THE BIRDS”) and a series of classic horror films such as Stanley Kubrick’s “THE SHINING” and John Carpenter’s “THE THING”. Schedules are expected to be announced in two-week blocks to accommodate scheduling of both first-run and repertoire films.

The venue’s total capacity will accommodate 68 vehicles (see included layout drawing) per screening, and tickets are expected to be offered at $15 for a single person, $30 for a vehicle with two or more persons, and a $5 discount will be given to Dreamland members at both pricing levels. The layout has been designed for maximum social distancing and all patrons will be required to wear a facemask while outside their vehicles. Working with the Town of Nantucket, The Dreamland expects to host several local food trucks during screenings. Logistics for that component are still being worked out with the proper authorities.

Dates of operation are still expected to be late-June through the late-fall. For the summer this will include a screening seven nights a week, and will likely scaled back in the autumn months. Sound will not be projected through large speakers, but rather transmitted via an FM signal and received in patrons’ vehicles, or by utilizing a cellular phone application.

Screenings, weather permitting, will begin at dusk (approximately 8:45pm to begin and shifting earlier as the days get shorter). The Dreamland hopes to offer limited concessions, sweatshirts, fleece blankets, etc. before and during screenings.

A formal announcement concerning opening night will be made by June 22nd, and additional, regular updates will be posted on The Dreamland’s social media channels throughout the process.

(Normally) open 365 days a year, The Dreamland relies on the Nantucket community to remain open and continually bring engaging and exciting programming to our shores. The leadership team is currently awaiting word from Governor Charlie Baker’s office and the Town of Nantucket on the guidelines and requirements needed to reopen The Dreamland’s 17 South Water Street facility in a safe manor.

“As with many other organizations and businesses across the Commonwealth, we eagerly await the re- opening guidelines and will follow every directive to the letter,” added Hale. “This community’s continued support will make it possible for our staff to implement creative programming such as the drive-in, as well as possible new uses and initiatives for The Dreamland itself. All these efforts speak directly to our mission, and we could not be prouder to work for our community during these difficult and certainly different times. We especially want to thank our incredibly generous community for making our drive-in dream a reality.”

A registered 501(c)(3) nonprofit organization, the Dreamland builds community on Nantucket year-round by bringing people together to share experiences through art, culture, film, and learning. For more information about becoming a member of the Dreamland, or to learn more, visit us at www.nantucketdreamland.org