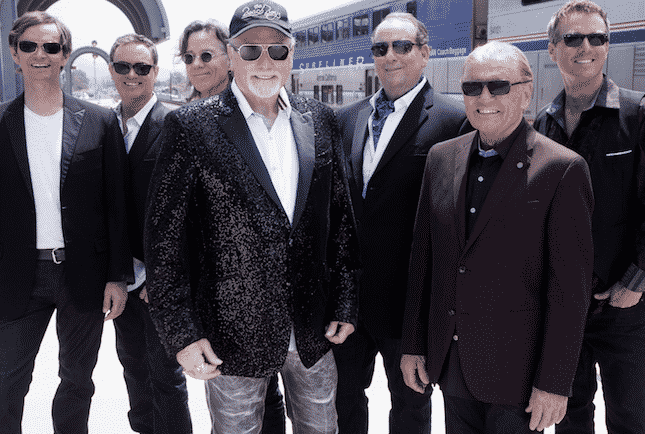 Rock and Roll Hall of Famers The Beach Boys will join the Boston Pops Esplanade Orchestra as the special musical guest for the 21st annual Boston Pops on Nantucket concert this summer to benefit Nantucket Cottage Hospital.

For five decades, The Beach Boys — America’s first pop band to reach the 50-year milestone — has recorded and performed the music that has become the world’s favorite soundtrack to summer. Inducted into the Rock and Roll Hall of Fame in 1988 and recipients of The Recording Academy’s Lifetime Achievement GRAMMY Award, The Beach Boys are a beloved American institution that remains iconic around the world.

On Saturday, August 12, The Beach Boys will join conductor Keith Lockhart and the Boston Pops Esplanade Orchestra for a night of music, dancing and fireworks at one of Nantucket’s best beaches.

This year’s concert is being spearheaded by event chairs Mary Jane and Glenn Creamer, seasonal residents of the island and friends of Nantucket Cottage Hospital, along with co-chairs Bob and Laurie Monahan, who chaired the Boston Pops on Nantucket in 2014.

The annual concert is the largest single fundraiser for Nantucket Cottage Hospital that brings thousands of people from all walks of life together at Jetties Beach for an unforgettable night of entertainment. All funds generated during the event stay on Nantucket to sustain the hospital’s year-round commitment to the health and wellbeing of the island community.

General admission tickets for this year’s event are on sale now at NantucketHospital.org/Pops.

Boston Pops on Nantucket 2017 from Nantucket Cottage Hospital on Vimeo.