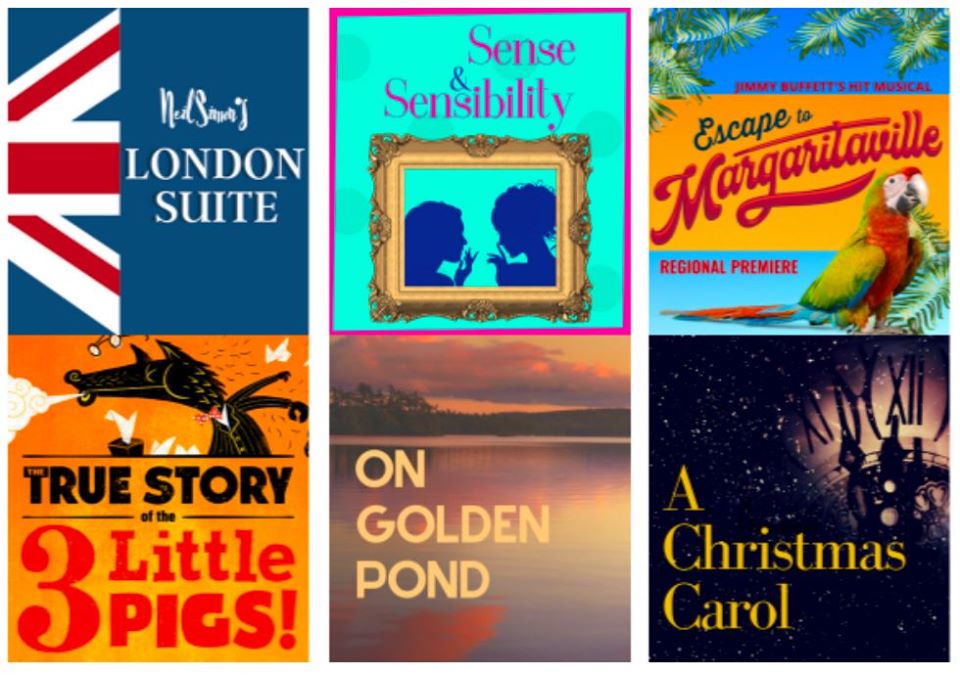 TWN’s 64th summer season begins on May 29 with Neil Simon’s comedy LONDON SUITE. America’s premier comic playwright crosses the Atlantic for a collection of four one-act plays with different characters set in the same suite of a fashionable London hotel, a sedate place until these characters check-in.

In “Settling Accounts,” the suite is occupied by an inebriated Welsh writer who is holding at gunpoint his long time business manager, whom he caught absconding with his money. The villain concocts increasingly farfetched explanations of what he was doing at Heathrow with the cash.

Each act of LONDON SUITE is increasingly hilarious, and TWN’s production promises to offer an evening of great fun.

On July 7, the curtain goes up on ESCAPE TO MARGARITAVILLE, a heartwarming musical-comedy featuring original songs as well as beloved Jimmy Buffett classics, including “Fins,” “Volcano,” “Cheeseburger in Paradise,” and more. This fun TWN production is on stage through August 23.

A playful new adaptation by Kate Hamill of Jane Austen’s beloved novel SENSE AND SENSIBILITY follows the fortunes (and misfortunes) of the Dashwood sisters—sensible Elinor and hypersensitive Marianne—after their father’s sudden death leaves them financially destitute and socially vulnerable. Set in gossipy late 18th-century England, with a fresh female voice, the play is full of humor, emotional depth, and bold theatricality. This production opens July 16 and continues through August 21.

There are two sides to every story, and from July 28 to August 15 the Big Bad Wolf finally gets his say in THE TRUE STORY OF THE THREE LITTLE PIGS. But whether he’ll get a fair trial in a corrupt piggy court is anyone’s guess.

ON GOLDEN POND by Ernest Thompson ushers in TWN’s fall theatre season from September 4-26. This touching, funny, and warmly perceptive study of a spirited and lovable elderly couple facing their twilight years

TWN’s final 2020 production is the favorite holiday classic A CHRISTMAS CAROL on stage from November 20 to December 13. This production will mark the beginning of a new Nantucket tradition. Based on the “Public Works” model, originated by the Public Theatre in New York, this production will be the first of what will become an annual show incorporating local Nantucket children, adults and other artistic and community groups.

Theatre Workshop of Nantucket is offering a variety of subscriptions for their 2020 season, including their Individual Subscription, an Islander Pass, a Play Pass, a 40 Under 40 pass, as well as Gift Certificates. All can be purchased on the TWN website.

Opportunities for All Ages to Make Music on Nantucket

Winter on Nantucket and Our Mental Health