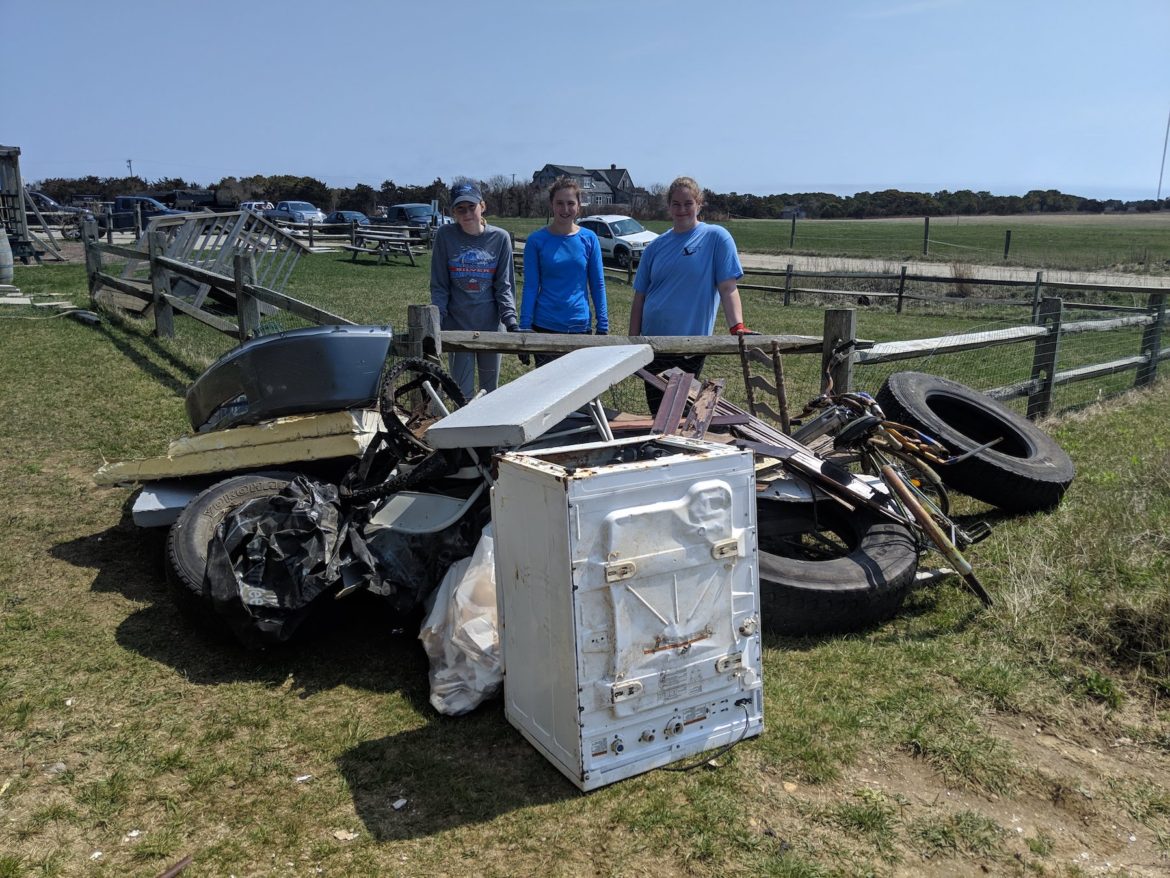 Nantucket is a natural beauty.  Her raw realness is a rarity in these days of strip malls and high rises, and that is thanks in part to the many people that live here.  It became clear some years ago that if not for deliberate acts of protection and conservation, she too would fall victim to the sprawl that stakes claim on so many other pristine places.  It is a job that will never be done, and, fortunately, we have an island full of people willing to do it.

Last year, Leah Mojer of Bartlett’s Farm along with help and encouragement from friends and Graeme Durovich, Recycling Coordinator at the Nantucket Department of Public works, began what is becoming the tradition of Litter Derby.  “I have lived on Nantucket Island since 2003,” says Leah. “I have watched the island’s population of year-round residents swell and swell.”  More people means more garbage, and more garbage means more litter.

“I was disheartened to see a ballooning problem that I couldn’t fix on my own with a little bit of elbow grease and hard work”, she continues.  “I started to feel like the garbage I was seeing was right there in plain sight and the community, vacationers, and construction crews just stopped seeing it.” Leah could see things getting out of control before her very eyes.

As the old saying goes, ‘many hands make light work’, and that work began on April 14, 2019.  An army of volunteers collected over 6,500 pounds of trash, not including 15 tires, 8 car batteries, 5 quarts of oil, 3 TVs, and 1 washing machine.  The unimaginable success of last year’s event made this year a no brainer.  Leah says she didn’t have a choice: “Graeme has kept me motivated this year to hold an even bigger and better event complete with weigh-ins at Nantucket’s recycling facility. It’s easy to stay inspired when you have such awesome support and encouragement.”

Things are getting started a little earlier this year.  “We wanted to hold the event again in April”, Leah added, “but between Town meeting, Easter, and Daffy, March 28th was the soonest we could do it.”  The lack of foliage also means easier access to all that trash.

After last year’s success, it’s hard to imagine a better outcome, but this year is sure to impress.  “The second Derby will be far better organized and easier at weigh-in because we won’t have to haul the garbage twice,” Leah adds.  Improved logistics along with increased awareness and more participants will surely make an even bigger impact than last year.

Teams of up to 6 people can sign up using the QR code found on their flyer, or you can look for Nantucket Litter Derby on Facebook.  Additional volunteers will also be welcome to join on March 28th.  A little incentive never hurts: Last year, the first place team was eligible to win $1000 cash, but they had the option to bump it up to $1,500 if they donated 2/3 to Swim Across America.  “I am happy to share that they did,” Leah said.

UPDATE: 2020 Nantucket Science Festival Set for March 21 Has Been Cancelled