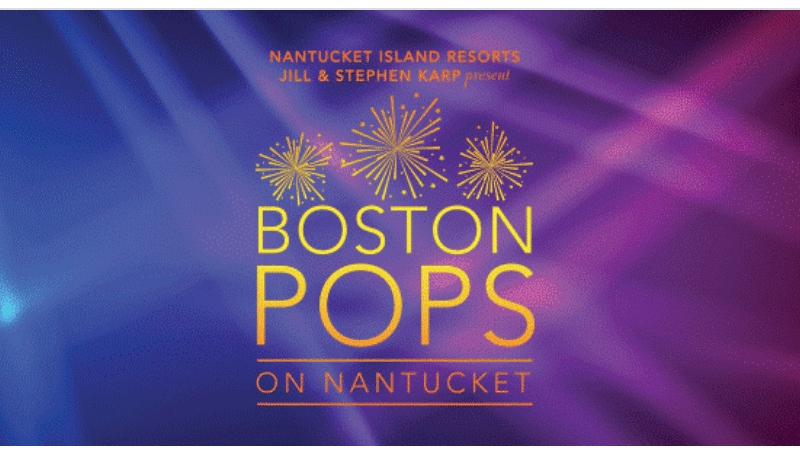 The classic sounds of Motown will fill the air at Jetties Beach this summer when The Spinners join the Boston Pops Esplanade Orchestra as the special musical guest for the 23rd annual Boston Pops on Nantucket concert to benefit Nantucket Cottage Hospital.

The legendary R&B recording artists have sold millions of records and topped the charts with hits like “I’ll Be Around,” “Then Came You,” and “Working My Way Back to You.” The Spinners have six Grammy nominations and continue to tour around the world with original member Henry Fambrough.

After more than two decades, the Boston Pops on Nantucket continues to the largest and most popular summer event on the island, attracting thousands of island residents and visitors to Jetties Beach for a night of unparalleled entertainment to support the general operations of Nantucket Cottage Hospital. This year’s event is set for Saturday, August 10 with gates opening at 4:30 p.m. for the 7 p.m. show. Joined by The Spinners, conductor Keith Lockhart and the Boston Pops Esplanade Orchestra will once again turn Jetties Beach into a world-class concert venue. This year’s event chairs are Bob and Laura Reynolds, summer residents of Nantucket and generous supporters of the hospital.

In their role as event chairs, Bob and Laura will be partnering with hospital staff, volunteers, producer Jon Rosbrook, ACKtivities, and numerous vendors and special guests to carry on this beloved island tradition.

The annual concert is the largest single fundraiser for Nantucket Cottage Hospital, and all proceeds generated during the event stay on Nantucket to sustain the hospital’s year-round commitment to the health and wellbeing of the island community.

Tickets for this year’s event are on sale now and available on the Nantucket Cottage Hospital web site.

Pops 2019 The Spinners Announcement from Nantucket Cottage Hospital on Vimeo.